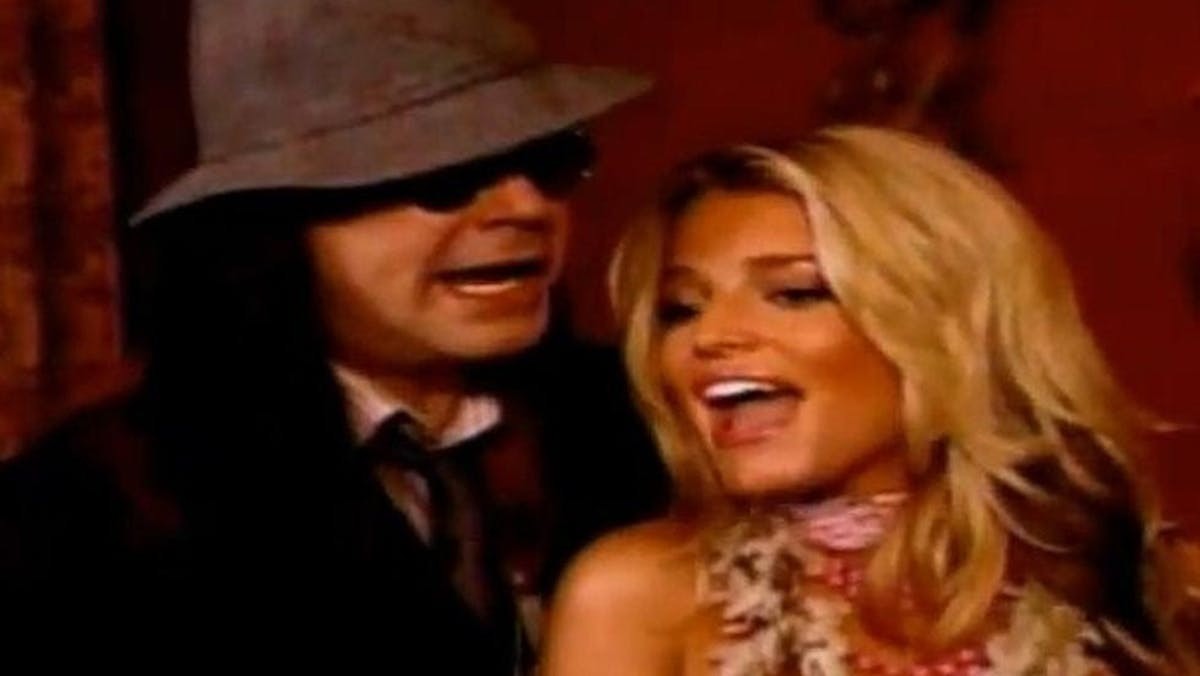 Way back in 2003, MTV decided to give its viewers a Christmas present with “The Osbourne Family Christmas Special,” a holiday show that promised to take ““holiday specials to a bizarre new level.”

The centerpiece was a much anticipated duet with Ozzy Osbourne and Jessica Simpson as they teamed up for a duet of “Winter Wonderland.” The moment was supposed to be magical, as Simpson was also enjoying a reality show wave with her own MTV show, “Newlyweds: Nick and Jessica,” which premiered that summer with her then-husband Nick Lachay.

It didn’t turn out quite that enchanting, but according to David Frangioni, sound engineer and Publisher of Modern Drummer Magazine, it was all in good fun.

“It was always supposed to be a cornball, fun kind of thing,” he tells 1071 The Boss midday jock Michele Amabile.

Frangioni –who cut his teeth in 1989 when Aerosmith hired him as their in-house engineer/technologist, a gig that continued through 2002–built Osbourne a studio specifically for that track and to “do projects for Ozzy that he could do at home,” in his then mansion in Beverly Hills. That same studio is where Osbourne recorded his 2007 album, “Black Rain.”

The idea was to “take the two biggest reality show music stars at the time and do something fun at Christmas.”

“Without the video, it’s a different story,” he said. “With the video and Jessica and Ozzy making the snowman and doing goofy things to make light of it, I think the whole think works at that point in the spirit that it’s meant. They actually had the set of the fake snow and the snowman and all of the little things Jessica and Ozzy were doing in the video right there on The Osbournes property in the backyard.”

Although often associated with Halloween as the “Prince of Darkness,” Osbourne is actually a down to earth guy who has no problem donning an Ugly Christmas Sweater from time to time, as is evidenced on his Instagram.

“He’s such a great guy,” Frangioni said. “As a person he is warm and funny.”

Osbourne is having a good month. His recent single, “Under the Graveyard,” just hit No. 1 on the rock charts and his collaboration with Post Malone, “Take What You Want,” is introducing him to a new generation of fans.

Listen to the interview below, with Frangioni’s thoughts on drumming in 2020, including the forthcoming tour with Motley Crue, Def Leppard, Poison and Joan Jett–“four great drummers in one shot”-and what to expect on the road and in the movie theaters.

Listen to the interview with 1071 The Boss Mid-Day DJ Michele Amabile here.

Creating something from nothing with David Frangioni