Drum History Podcast: The Next Chapter of Modern Drummer with David Frangioni - EP 186 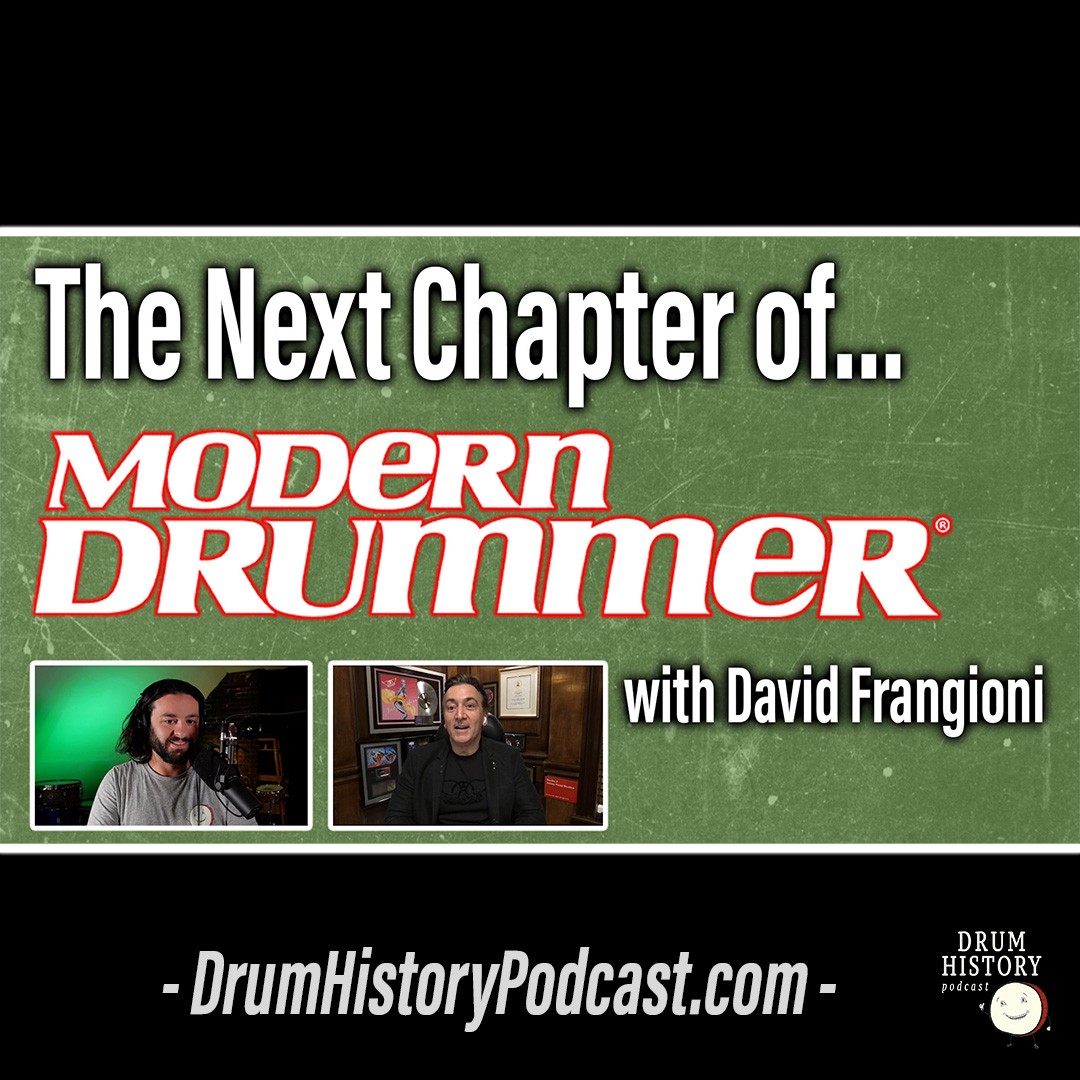 David Frangioni, CEO of Modern Drummer, makes an exclusive announcement about the future of Modern Drummer right here on Drum History! Not only do we learn about the exciting news, we also get an update on what has been happening with the magazine since the Frangioni family took things over in February 2020, just weeks before the pandemic changed the world forever, and how this has shaped the exciting new plans for the magazine. David then takes us through his life and career which began with eye cancer as a child and his persistent rise to the top in the fields of music, technology, and collecting. This is a really good one that is full of great information! 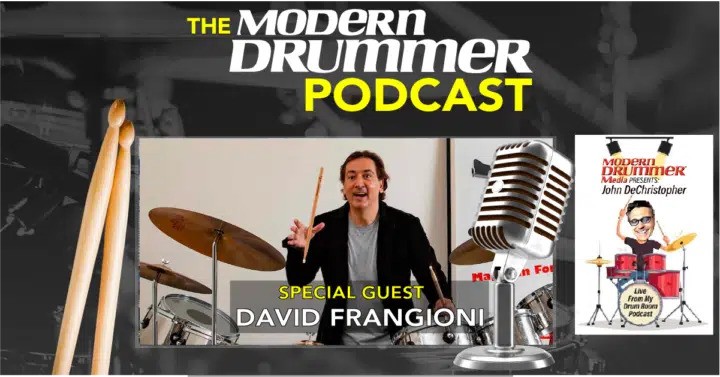 In this episode John DeChristopher and David Frangioni, CEO & Publisher of Modern Drummer discussed their recent collaboration of “Live From My Drum Room” becoming the Modern Drummer Podcast, their 40 year history, what inspires them as drummers, their experiences working in the Drum Industry and much more! 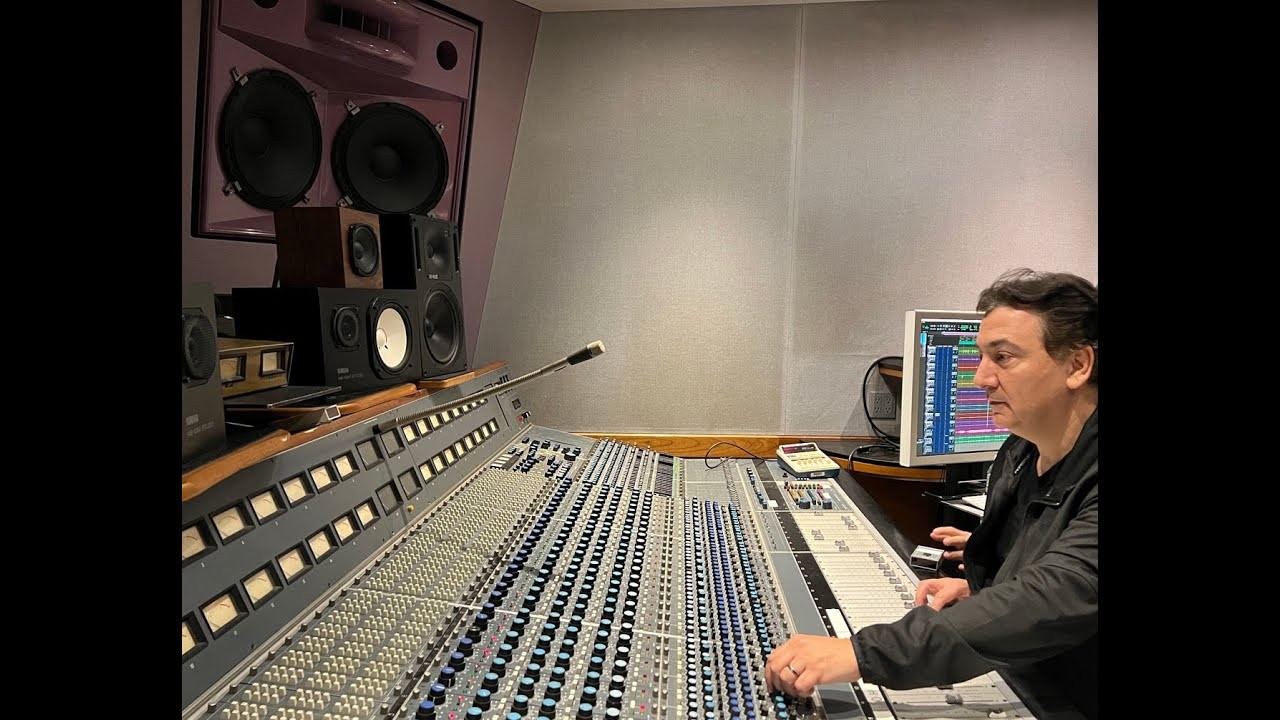 David Frangioni's immersive audio mix of Diana Ross' hit song "I'm Coming Out" was recently regarded by MusicRadar.com as a top 10 Spatial Audio Track that Hit The Mark. The mix was created using the latest immersive audio technology, providing a truly immersive listening experience. The attention to detail and mastery of the technology resulted in a mix that perfectly captures the energy and spirit of the original song. The mix places the listener right in the middle of the music, with instruments and vocals seemingly coming from all directions. It's a truly unique and captivating listening experience. 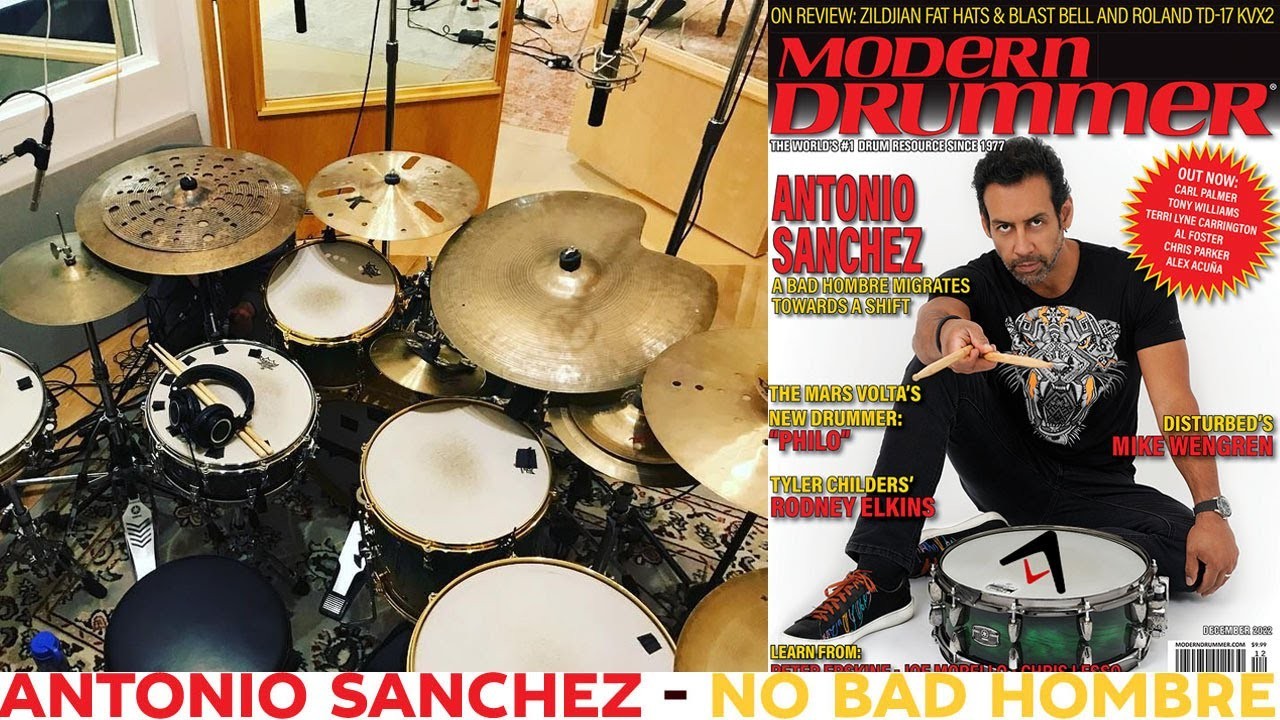 Audioholics welcomes legendary jazz drummer and composer @AntonioSanchezDrums back to our channel along with David Frangioni, Platinum award winning music technologist, producer & CEO @ModernDrummerOfficial. Born in Mexico City, 4-time Grammy Award winner Antonio Sánchez began playing the drums at age five and performed professionally in his early teens in Mexico’s rock, jazz and latin scenes. He pursued a degree in classical piano at the National Conservatory in Mexico and in 1993 enrolled in Berklee College of Music and New England Conservatory, where he graduated Magna Cum Laude in Jazz Studies. Antonio Sanchez is best known for his work with jazz guitarist Pat Metheny and as a composer and Grammy winner of the film score for the 2014 film Birdman.

In this exciting livestream, we will talk about the following with Antonio Sanchez and David Frangioni: Modern Drummer Cover Story - The Time to Lead is Now The Experience of working on “The Way Up” with the Pat Metheny Group How Antonio’s playing has evolved in his solo career Bad Hombre II – the Collabs, the music, impressions, potential for Spatial Audio Mix Only Now – How Antonio Sanchez feels about the perception of Jazz with Today’s audience Future Projects & Collabs

The Process of Choosing Loudspeakers in Recording Studios

David Frangioni has worked in hundreds of studios as both the installer and engineer/producer/technologist for artists such as Aerosmith, Ozzy Osbourne, Ricky Martin, Ringo Starr, Sting, Bryan Adams, The Stones, Pat Metheny, Kiss and dozens more. David will discuss his approach to choosing loudspeakers for a recording studio or reference quality playback room, incl. sizing the right speaker, how many pairs of speakers do you need for a studio? Surround or stereo? Specific brand and type? Acoustics and speakers and much more. 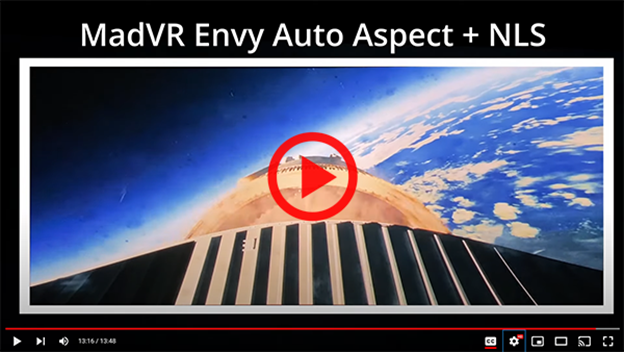 MADVR ENVY INTRODUCES AUTO-SUBTITLE MANAGEMENT AND WHY IT MATTERS 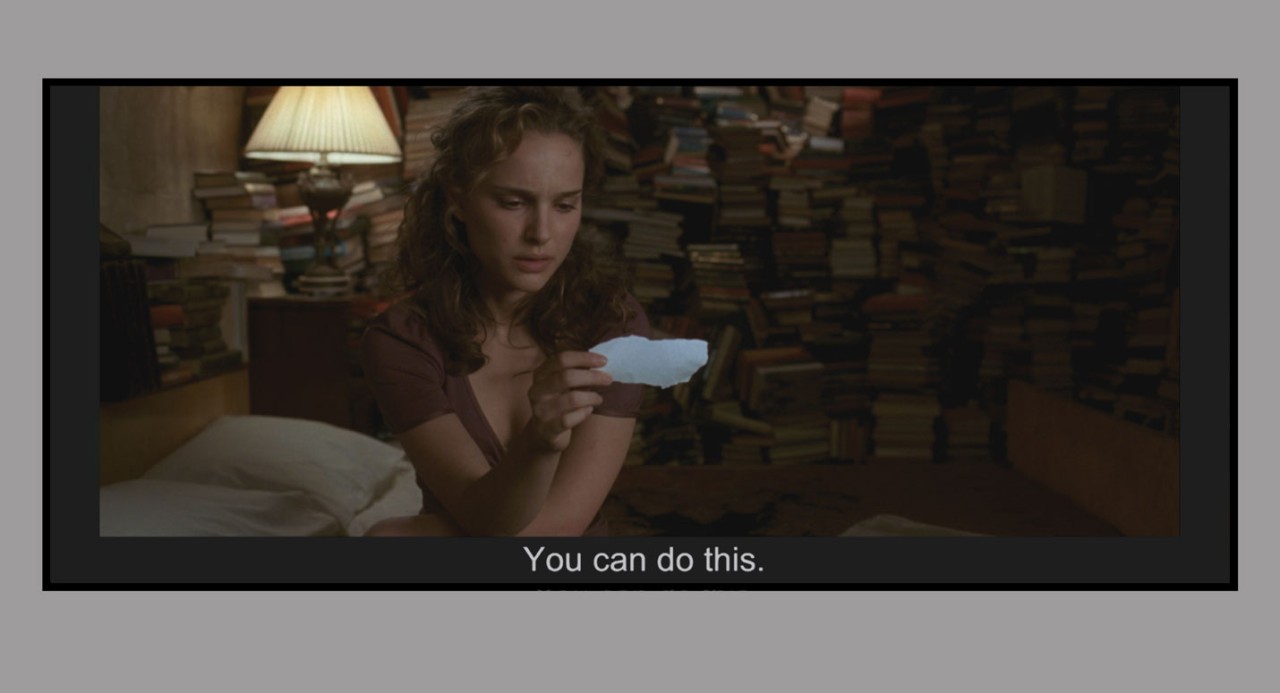 We recently covered how our non-linear stretch (NLS+) platform makes it easy to fill your entire screen, regardless of its aspect ratio (AR) and the AR of the content. In case you are not familiar, a "scope" screen generally refers to a screen that is wider than the standard HDTV 16:9 aspect ratio.

In today's newsletter, we're changing gears a bit to answer a related question that often comes up about subtitles - specifically how to handle subtitles within the black bars in scope movies.

Subtitles within the black bars of a scope movie are a problem, because when using a scope screen to watch a scope movie (e.g. watching a 2.40 AR movie on a 2.40 screen), the projector is usually zoomed so that the movie fills the entire screen, like this: 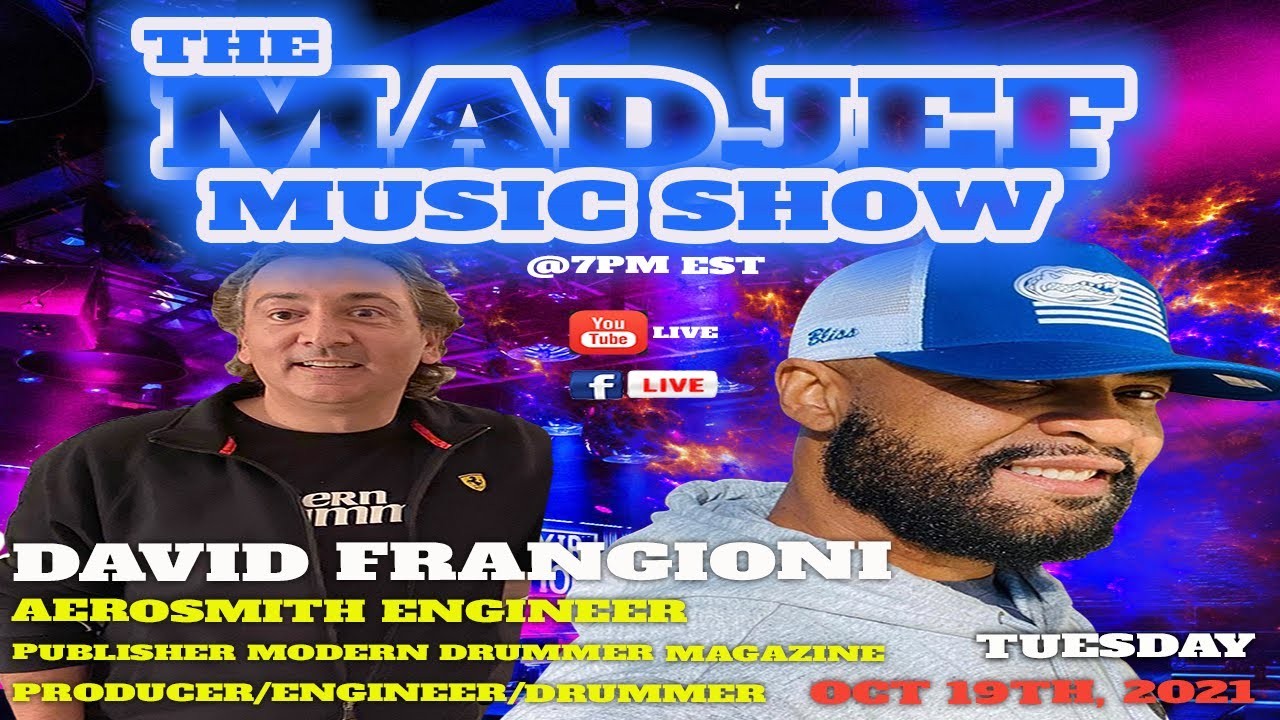 "David Frangioni made records with Rock & Roll legends Aerosmith. He's built studios all across the world. He's a drummer living a drummers dream by becoming the new publisher of Modern Drummer Magazine. CEO, Engineer, Producer and someone I'm glad to call my friend." - Jeff Taylor

David Frangioni & Modern Drummer exhibited at the 2021 Chicago Drum Show at the Prairie Events Center, at Kane County Fairgrounds in St. Charles, Illinois! This is the 30th Anniversary of the Chicago Drum Show, and after 2020 David was excited to be joining 94+ other drum exhibitors at this iconic drum show.  David hosted an Instagram Live from the show with Kofi Baker, legendary drummer Ginger Baker’s son, Bill Ludwig III, WFLIII endorsee Hayley Cramer from London, Don McCauley (Charlie Watts drum technician and creator of 2022’ New England Drum Show) and Rob Silverman awesome drummer and innovator of Drumology.

Overall, the show was a great success for Modern Drummer and all who attended. 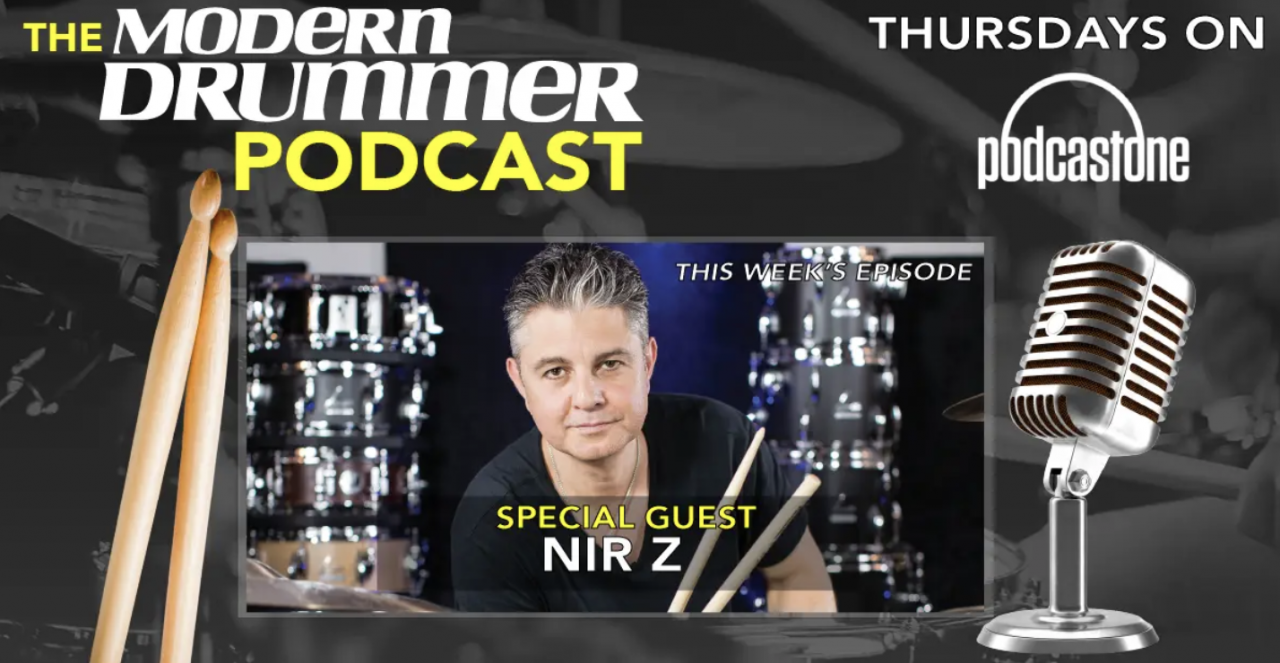 Join us this week for part one of the Modern Drummer Podcast as Billy Amendola & David Frangioni talk with one of the worlds most called session drummers, Nir Z. Listen and watch Nir tell us how his journey from being born and raised in Israel and coming to NYC to pursue his career led him to Tennessee where these days he’s become “the guy” on the Nashville studio scene. Nir has played on numerous country and cross-over pop hits with Blake Shelton, and Dan & Shay, to name only two. He recorded in NYC with John Mayer for the promo of Mayer’s debut album and he’s recorded in England with Genesis. We had so much fun and knowledge from Nir to cover that we have to bring you a part 2. Stay tuned for more coming soon. Enjoy part 1. 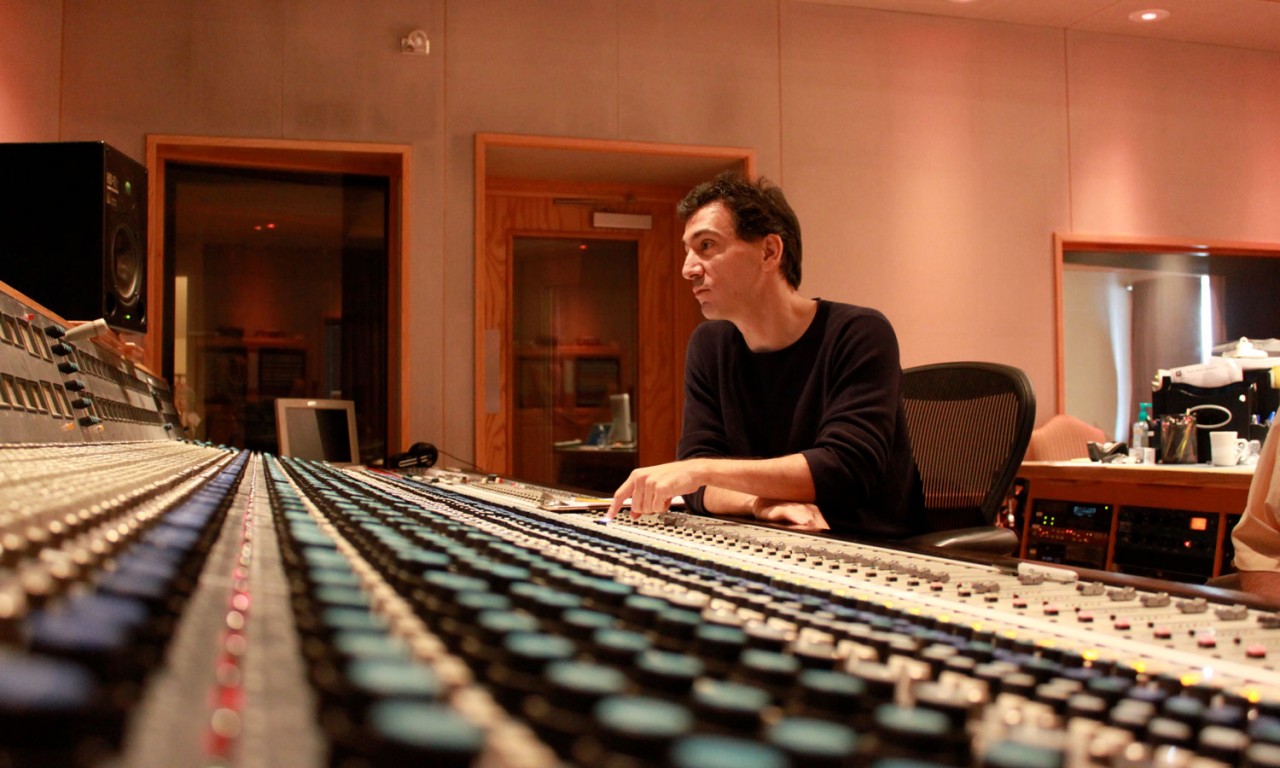 David and Bill discuss the new surge in home theater and home studio business resulting from the changing world. Big names in music have utilized Frangioni to keep them up to date with advancements in technology and formats. He stresses the importance of listening, not only to the music and the audio, but also the market. It’s a constant process to keep up with new products and processes. *Nerd Alert*!! This interview covers frequency curves, Acoustic Sciences, dynamic range and bitrates.
Continue reading
Tags:
Audio video David Frangioni Home Theater Home Studio musicians 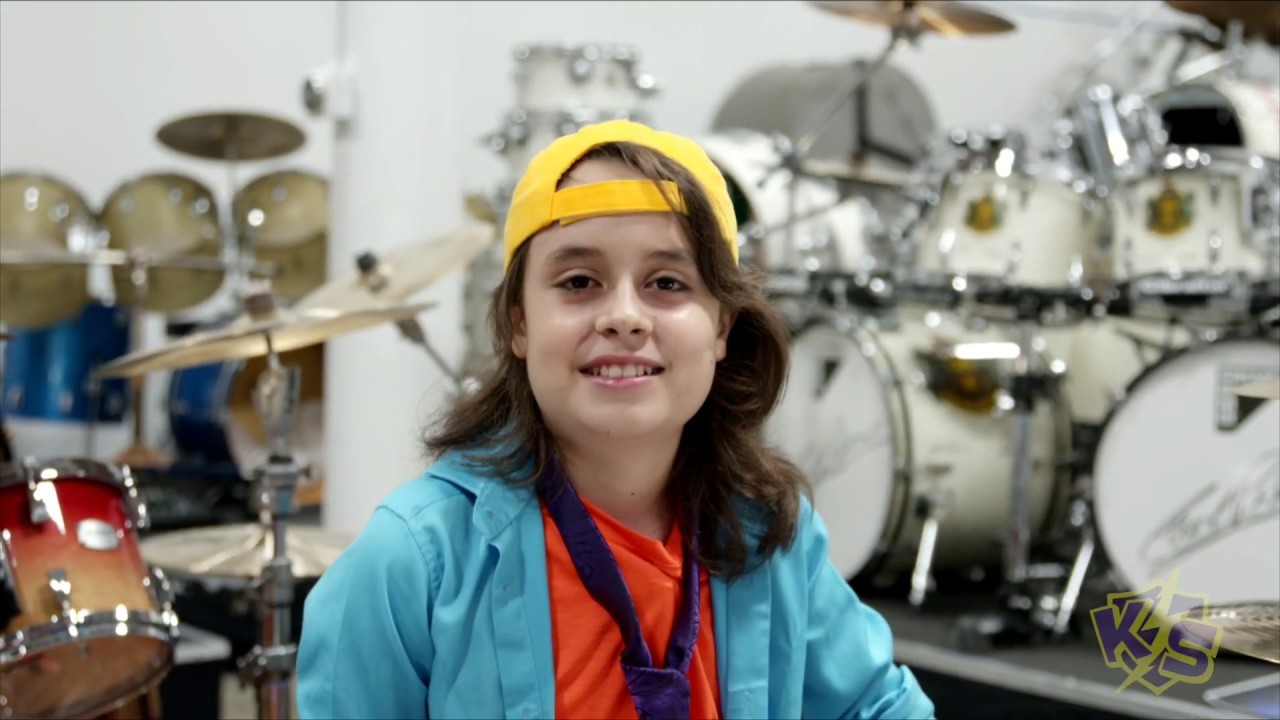 Learn more about music prodigy Jacob Velazquez who shares his love for the drums with Modern Drummer publisher and mentor David Frangioni. Watch the video here.

Episode 44: David Frangioni on Recording with Aerosmith, and Playing Drums with No Plan B 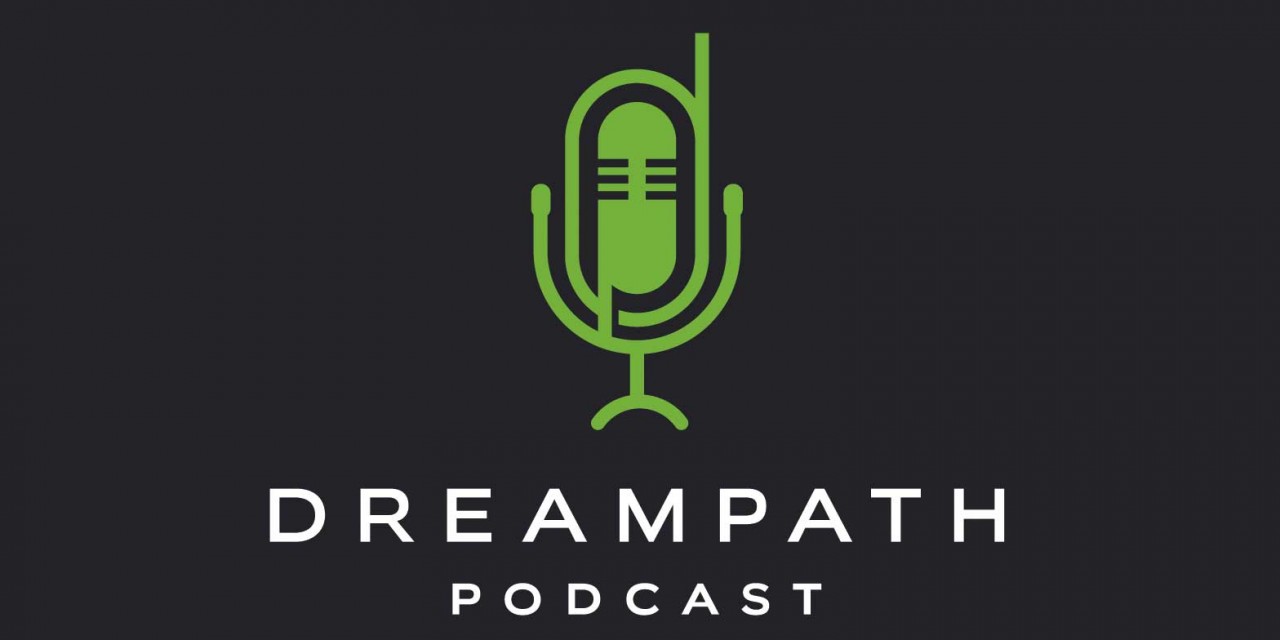 David Frangioni is a professional drummer, music technologist, magazine publisher, author of three books, designer of custom recording studios, and philanthropist. David has been the music technologist for Aerosmith for over 30 years and has worked with acts like The Rolling Stones, Ringo Starr, Elton John, Sting, Journey, Styx, Kiss, Ozzie Osborne, Phil Collins, Shakira, and Cher. He is also the publisher of Modern Drummer Magazine. 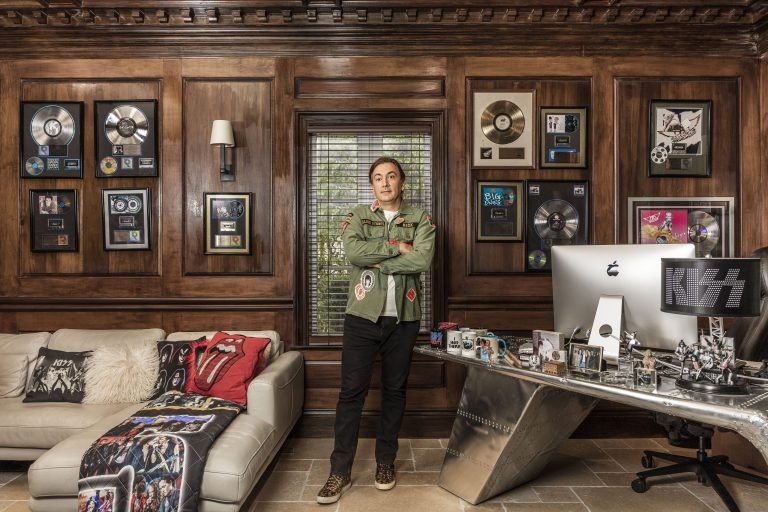 You may never have heard of David Frangioni, but audiophiles know his work well. The sound designer and publisher of Modern Drummer magazine worked as chief technologist for the band Aerosmith for more than a decade, and even crafted the audio system in Steven Tyler’s car.

Accolades from Frangioni’s career serve as decor throughout his Boca Raton house, but especially in his office, which is lined with dozens of gold and platinum albums and mementos from Aerosmith, the Rolling Stones, Shakira, Rascal Flatts, Ozzy Osbourne, and numerous other famous clients.

David Frangioni is the CEO and Publisher of Modern Drummer Magazine. We discuss the history of Modern Drummer and talk about how drummers can make the best of the current "Stay Home" situation, plus we learn about his long and exciting career in the music world.

In March 2020, we are all faced with the Covid-19 virus that has everyone staying at home to help control the spread of the virus. David has some great information on what we can do to make the absolute best of this time and come out on the other side as better drummers.

Check out his website at: https://www.davidjfrangioni.com/ and find him on social media @davidfrangioni

Also, visit www.moderndrummer.com to see everything that is going on with MD and be sure to become a subscriber, find them on IG at @modern_drumer

THE151: Here’s Proof There Are No Obstacles You Can Not Willfully Overcome 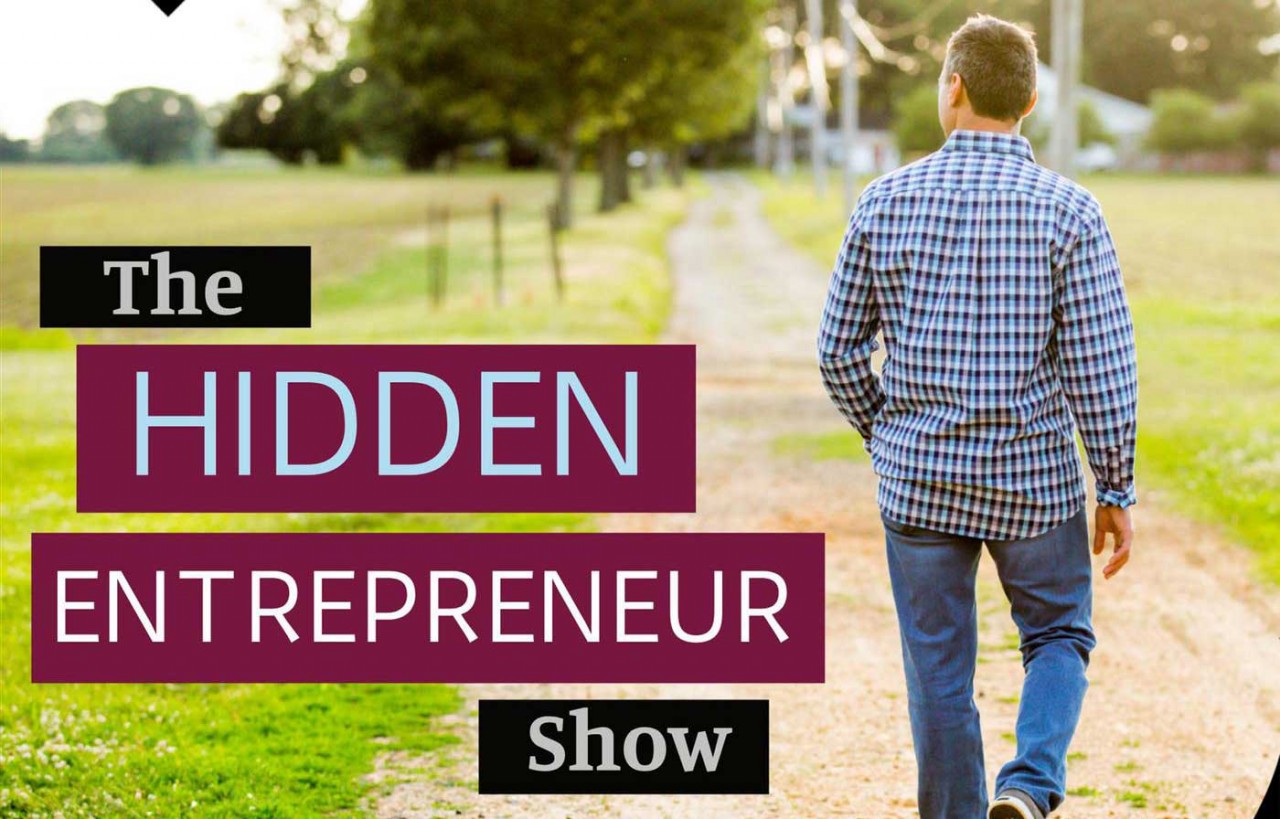 Since childhood, there’s been one constant in David Frangioni’s life: music. After battling cancer at the age of 2, David found an escape in drumming.

By the age of 12, he was playing gigs around Boston and started an audio technology consulting business when he was just 16.

Today, David is an entrepreneur, award-winning music businessman, producer, engineer, author and drummer, and the Founder of Audio One.

Immersing Yourself in Happiness with David Frangioni 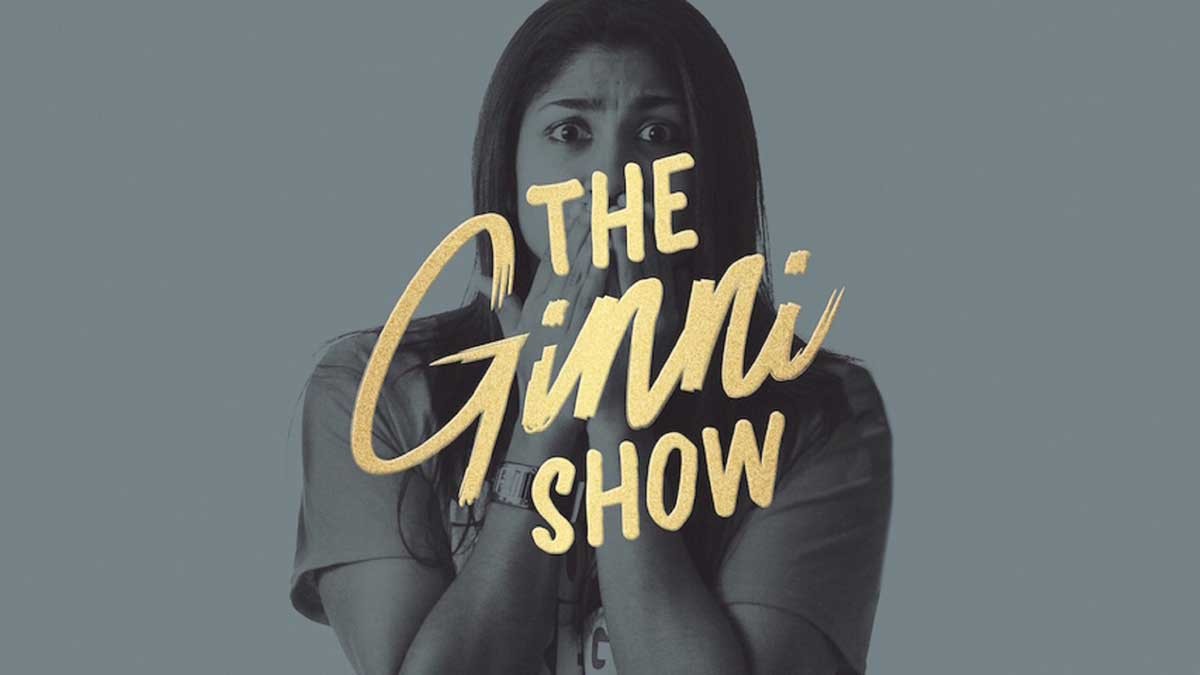 What makes you feel good?

What motivates you to get out of bed each day?

Sometimes it’s the pursuit of your dream job, providing for your family, or just creating space to enjoy that first sip of coffee in the morning. For David Frangioni, it was drumming.

David Frangioni grew up blind in one eye. Due to his disability, he was bullied throughout his childhood. But David refused to let them get to him. Instead, he immersed himself in an environment of feeling good. He was in pursuit of being a drummer.

Running the World's Most Successful Drumming Magazine with David Frangioni 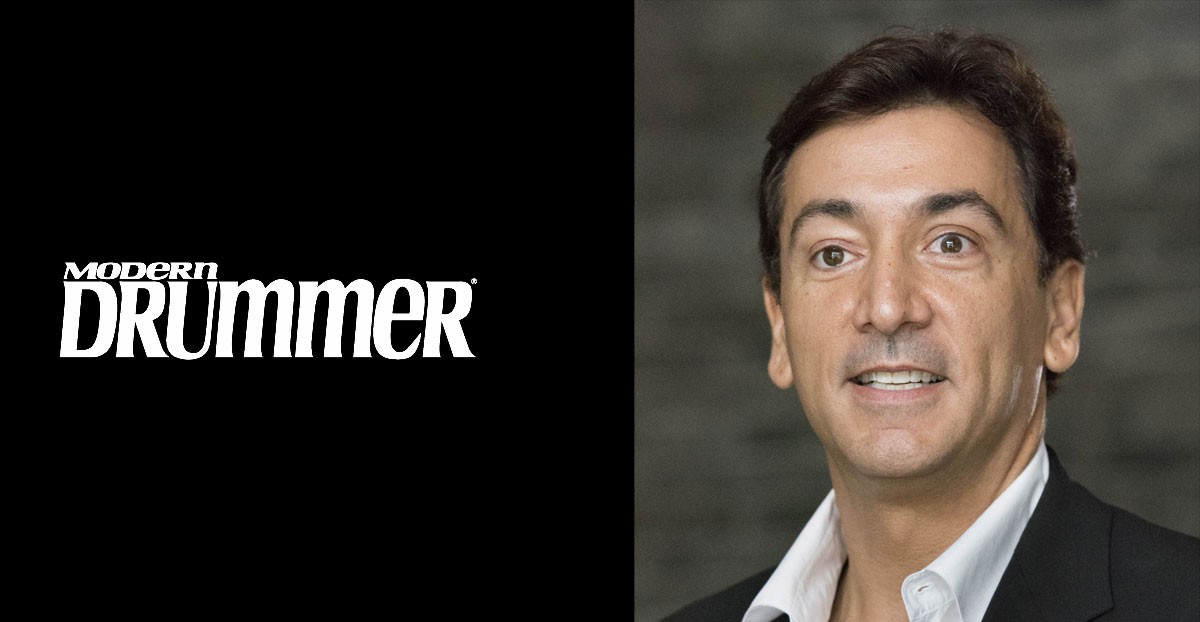 David Frangioni is the publisher at Modern Drummer. David has had a long career as a musician, producer, entrepreneur and author. In this episode he shares insight into his work at Modern Drummer, his career and his interesting life story.